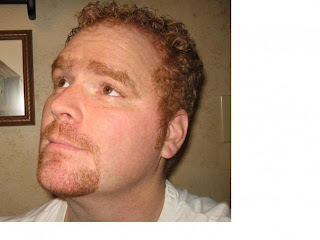 After several long talks, the wife and I have decided that we would take
it in the shorts too much if we were to try and get our house ready to
sell and find something else. Because of the market, we'd probably only
get what we owe on the mortgage, and that wouldn't take into
consideration the 10's of thousands of dollars it would take to get to
ready to sell, not to mention the $50+ thousand I've put into it. I was
looking around and there is literally not one wall in that house that
has not changed since I've lived there. I have a pretty specific place
in mind that I want to live in, so once we move, we will be there for a
long time, if not forever.

So, since we could get a rate in the mid 4's, we have elected to
refinance our place on a 20 year loan and stay there for awhile since
the rates are so low. Its no wonder that everyone got in trouble with
their mortgages, even in this economy when they say that its tough to
get a loan, my wife and I qualified for well over $400,000 loan if we
wanted it. I'd be afraid to go over $300,000 on a mortgage and I make
OK money. No wonder everybody is losing their houses.

My goal is to move before the kid turns 10. The place I want will be on
some land so it will not be in the same school district. I think it can
be cruel to make kids change schools after, say fourth grade, so my goal
is to use this new % rate on my loan to aggressively try and pay it down
in the next 10 years while creating a list of must haves and build my
dream home when I'm in my early to mid 40's. That said we have decided
to carpet the downstairs and fix up some other things. I went to The
Home Depot to price out carpeting -- what a rip-off -- they want around
$2000 to put around 500 sq feet of mid level carpeting in my basement
and 11 stairs. I was blown away -- I was thinking $2 a sq foot max for
carpet, pad, and installation. I mean, its my dingy basement and I have
dogs, I'm not even sure if carpeting will work in the long term - I was
prepared to take a gamble for $1,000, but for twice that, it better
work!! Tomorrow I am having a 20 cubic yard dumpster delivered to my
driveway -- the Delaney's are doing their spring cleaning in January --
I plan on throwing away everything that is not nailed down -- we have so
much junk, not too mention the sheetrock and studs, shower stalls, etc
that I tore out while doing some changes to the bathroom and laundry
room in the basement. Hopefully, I'll be able to park my car in the
garage, too when the dumpster is hauled away.

Oh yeah, and this running thing is not going well. I am signed up for a
5k on Jan 31st and only ran once last week and it was tough. I better
do something, this Facebook craze has gone too far -- I was starting to
feel a bit better losing a pound or two a week and then I got a message
one of those hey, long time no see emails on Facebook from Weaver -- He
was this big red headed lineman that I played football with in college.
Huge fat guy back in the day, and of course, he looks like he's lost
about a hundred pounds -- Yep, he's skinnier than me -- great for him,
but it makes me feel even worse -- what's next Gunkel?