A busy weekend full of reminders 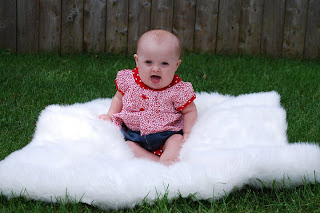 Friday night, we met some relatives from Florida for a quick bite to eat before they headed to Target Field for the first time to see the Twins play the Yankees (ugly game, but a beautiful venue).  After dinner, I dropped the wife and kids off at the house and headed north with my brother-in-law to my mom’s house to help her move.  They are in the process of moving over an hour further away, so by the time we got done unloading the truck and back home, it was well after 11PM.  I must admit, I’m not always happy about the decisions that the people in my life make (and believe me, I know that I’m no saint and am certain they feel the same about me at times).  But I do know, and have vowed to work on remembering that, they are my family and family is always there for each another when they are needed.

Saturday morning, we slept in a bit (OK, I slept in a bit) and eventually headed up to my in-laws cabin which is fortunately so close to our house that we were still able to get there just after noon.  We spent the day out on the boat and enjoyed the slower pace that comes with living life on the lake.  At one point the girls went to the beach so Lylli could swim and I went on a boat tour of the lake with my father-in-law and Carrie’s aunt and uncle.  My in-laws have a cute little late 60’s run-about that often gets compliments from others – even those driving the bank busting, way out of my tax bracket dream boats often greet us with a nice comment about it.   It’s definitely a neat little boat, but not what you’d say screaming with power.  The low point of the day was when everybody else had to move to the front of the boat in an attempt to plane out – unfortunately, still no luck, the front end stayed lifted so high that I could barely see in front of us.  The tour consisted of the three of them sitting as far to the front of the boat as they could while the less than svelte, sun-burnt five-headed (much less hair than on what used to be my forehead), sweaty son-in-law sat alone in the back - two feet lower than the rest.  I couldn’t help but be a bit self conscious when passing and waving to the other boats.  Heck, I probably would have chuckled myself.  After the wonderful reminder that I was not comfortable enough to enjoy the lake in the same way as the shirtless folks we waved to on our tour, we headed back to the cabin and eventually home.

On Sunday we headed to the state capitol to cheer on my step-sister and sister in-law and their team as they finished the Susan G Komen 3 day walk and to watch the closing ceremony.  Deb was one of the walkers that walked with them, I won’t begin to try to explain exactly how we know her, but for ease of explanation, I’ll just say she’s a friend of the extended family.  She is a two time breast cancer survivor and was chosen to raise the final closing ceremony flag.  The whole time I watched her, I thought about how supportive she was to us with Gracie while at the same time facing such a fight herself.  I have to admit, there were times when I left the hospital this past year and had to go to work where I was numb and confused about how life could just go on, business-as-usual, all around us while we were in such a fight for Gracie’s life.  I think the reminder that everybody faces major life changing events no matter if they are your best friend, a stranger, or your worst enemy – this is something that we all have in common – that guy that just cut you off and shot that dirty look on your drive in this morning, before you return the favor with the bird, remember that instead of letting him be the nameless, faceless target of your aggression, that we all do in fact have this in common and maybe he is crying inside because he just had to leave his sick daughter at the hospital to provide for his family, or has just lost a loved one or is currently struggling through some other life changing event.  Anyway, back to my story - throughout our time at the walk and ceremony, several things came to mind that made me extra emotional.  I saw the thousands of tired limping-bloody-blistered footed walkers hugging their families and friends as they finished the three day 60 mile walk.  The energy in the air was so happy and sad at the same time – but what an empowering environment.  It reminded me of how so many people have to fight so hard due to things that they have no control over – reassuring me that I need to continue to work to control my life.  Don’t get me wrong, I’m not comparing becoming out of shape to having a life threatening disease – quite the contrary – the event served as a reminder that I can control this and in order to properly respect those that lose their lives to things out of their control, I need to follow through.  At one point, my wife and I looked at each other, both of us with tears in our eyes.  I think she put it best, saying that it seems causes of any sort have taken on a whole new meaning to both of us.  Having gone through what we have with Gracie has changed us both very much.  During the ceremony, a large group of walkers released several pink balloons into the air – as they flew higher and higher into the sky, we both could not help but think about the family we met in the hospital that lost their beautiful daughter this past year.  I just know that Eden got very excited seeing all of those pink balloons coming her way.  I also found myself thinking about how that same location is the finish line for the Marathon that I signed up for and will not be running.  I wondered how in the world will I be able to go there with my head held high to cheer on my buddy Dave on October 2nd while thinking the whole time that I am supposed to be running with him.  All I can do is face it head on and know that I am working hard at this and getting better every day.  There are going to be highs and lows in this journey, but in the end, I will do it.   On a positive note, I spent the afternoon with my girls at this wonderful event – the day before Gracie’s nine month birthday (yes TODAY she is 9 months old!!!!) dancing with her as she smiled that beautiful smile – a smile that every time I see it,  confirms how lucky I am and that I am right where I’m supposed to be.

I went home and with a newfound determination did my planned 4 mile run – sure, between the walking and running, it took close to an hour and I will need to speed things up quite a bit to not get swept when I run the half marathon in October - but on a Sunday night where I was tired and would have previously sat on the couch and watched TV, I got myself out there and did it.
Posted by rdelaney at Monday, August 22, 2011